An archive of details and experiences from building Violet 1.0 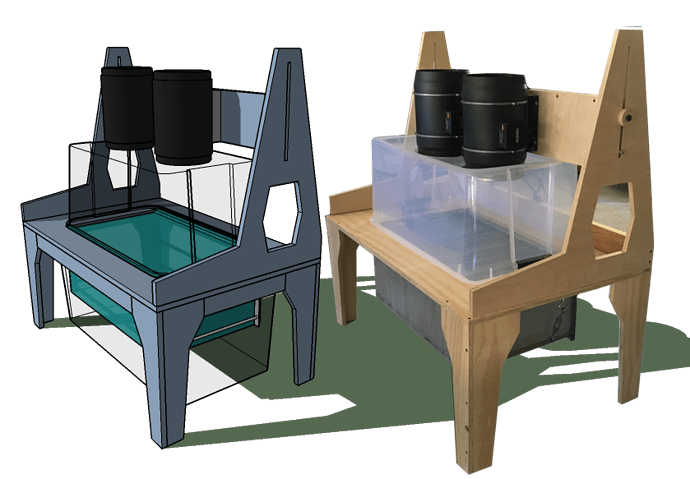 In April, with two filter cartridges from Tao in hand, we began to finalize a design for the Violet Decarbonizer v1!

The big filter can’t sit on the ground - air needs to go through it, but also water, which will flow downhill. This determines the filter orientation (sheets vertical with the open sides at the top and bottom) and somehow it needs to be supported in space, high enough that water can pool underneath it.

(Essentially, this is not unlike an air handler for central HVAC, except that the water requirement means in has to be oriented a certain way) 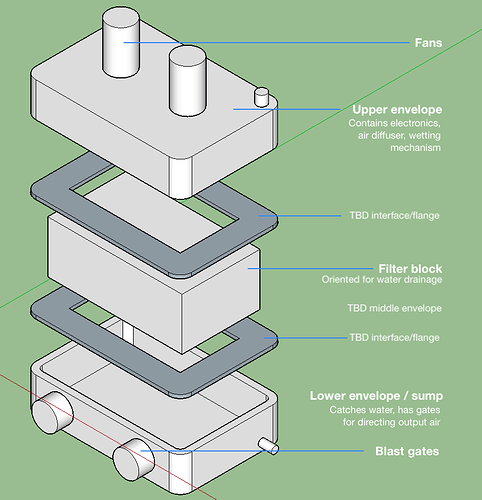 We considered many options for the upper, middle, and lower envelopes, including ready-made plastic containers, industrial sinks and floor sump drains, and custom plexiglass tanks. We found that the largest clear container from Sterilite (Model 1479, 200 quart size) would be large enough to just contain the filter block. This fact would allow us to compress the 3-story design into a 2-story (at the possible cost of restricting air flow through filter, as the area around the filter was tight - something to test). 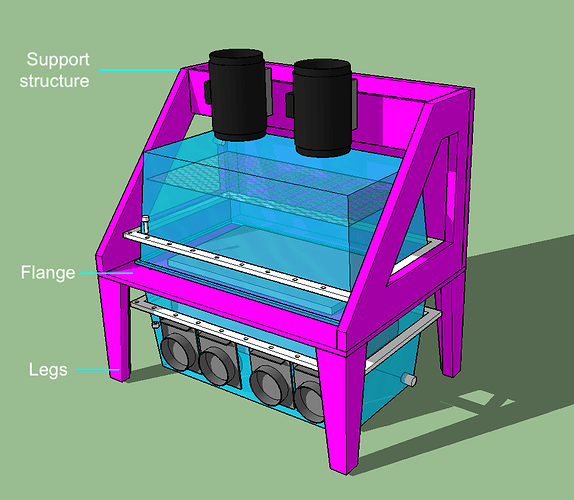 Here the filter would be suspended from a rigid, large flange supported on sturdy corner legs. This flange could then be the surface on which an upper support structure (for the fans, electronics, etc) could rest, and both the upper and lower envelopes - our Sterilite containers - could press against the flange from above and below.

We also realized that a smaller size (Model 1990, 116 quart size) was large enough at the top to cover the filter block (although the block was too large to fit entirely inside due to it’s tapered shape). We could use this on top instead, making the unit a bit smaller still.

By making the entire upper structure hinged at the back, the unit could be opened to access the filter or inside the envelopes. By making the fan support bar adjustable up and down, we could accommodate other larger container if necessary. With these additions, we arrived at this design: 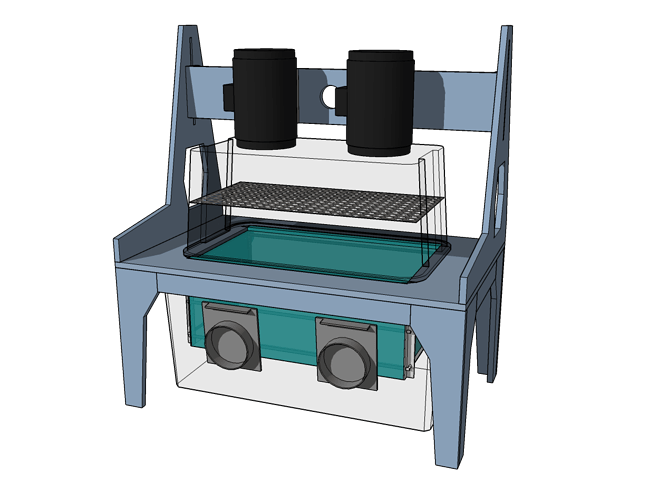 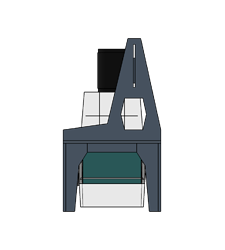 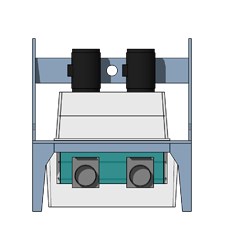 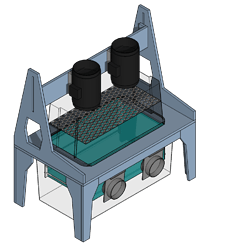 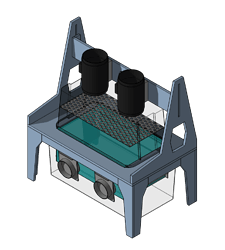 We decided to build this structure from plywood, as that was readily available, inexpensive, and the few parts that might get wet could be easily painted or otherwise protected from moisture. We transferred the rough model to CAD… 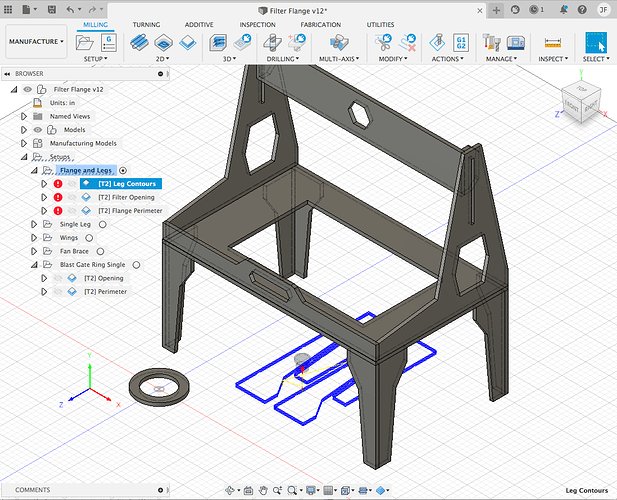 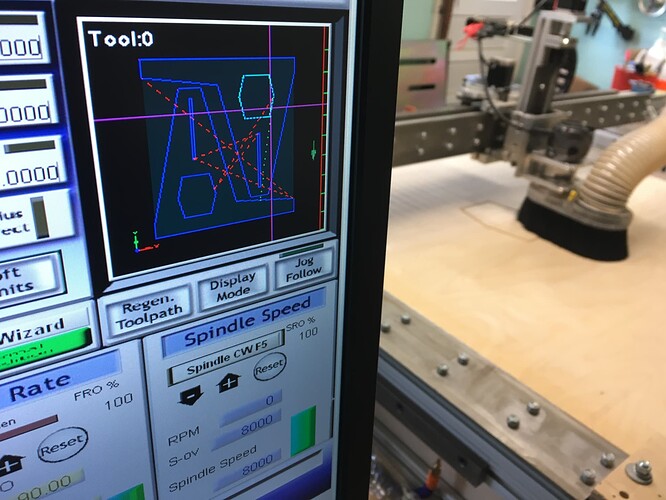 The first step in assembly was supporting the flange on legs, and hanging the filter block from the flange, such that it was reasonably tight to the opening. 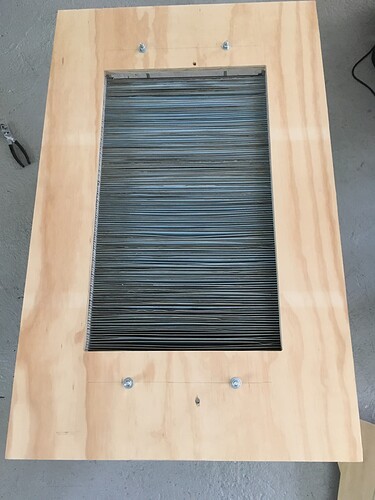 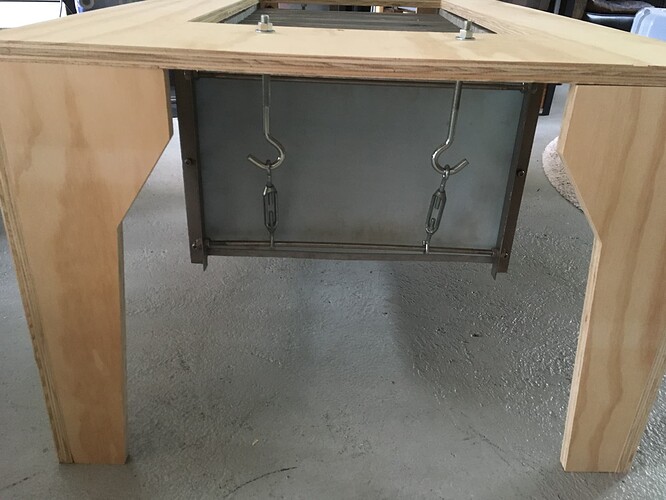 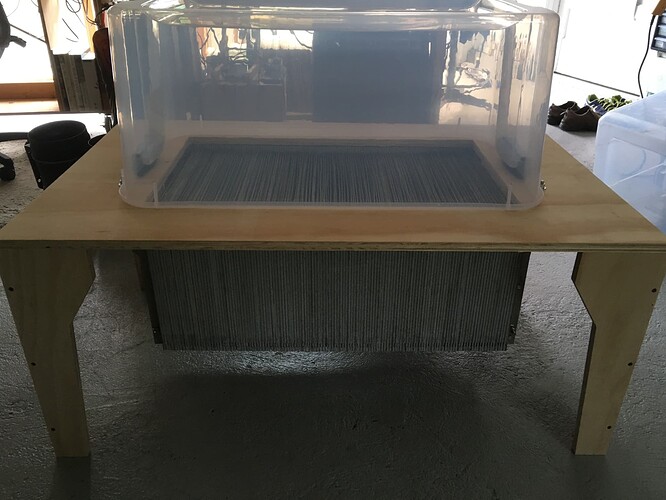 IMG_10181920×1440 178 KB
The assembled structure, with the smaller top envelope option shown covering the flange opening. The filter block sages slightly along its long edge - a future improvement should add support there.

Now that this was in place, we built the upper structure to support the fans and press the top envelope to the flange. 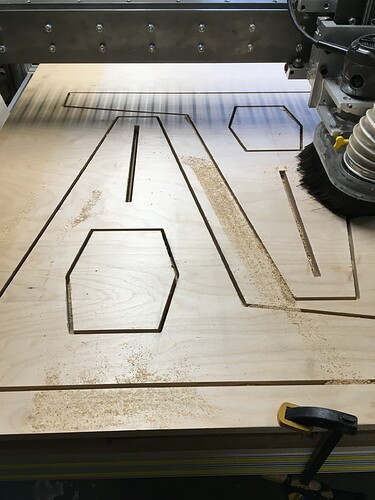 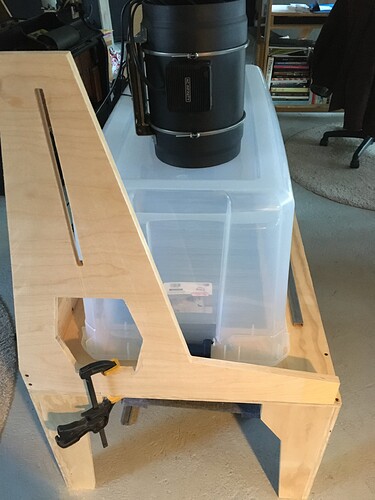 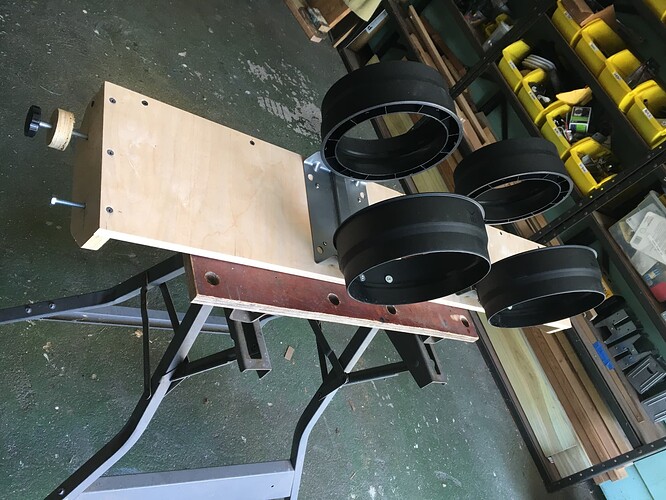 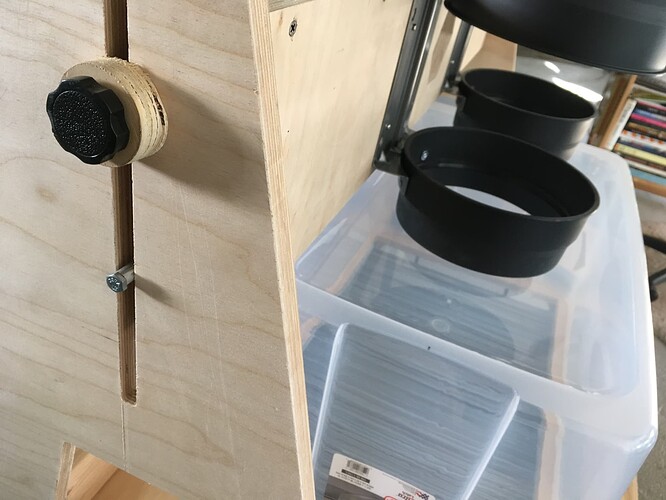 IMG_10661920×1440 139 KB
Fan support fitted to side plates. Threaded knobs on both sides can be loosened to allow height adjustments, or tightened to lock the bracket in place. Pins in the slots prevent the bracket from twisting from the cantilevered weight of the fans. 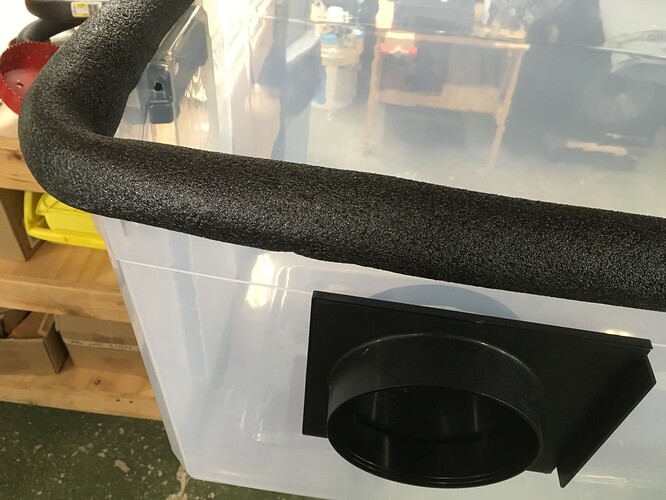 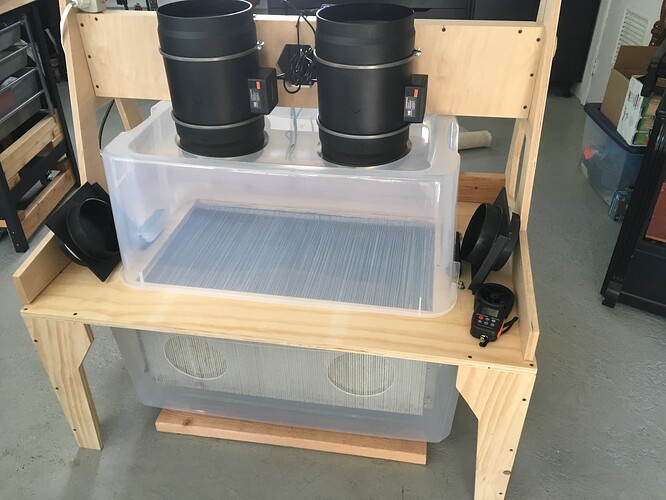 At this point we tested the airspeed in to and out of the unit, in order to verify we could move as much air as specified in Professor Wang’s design. 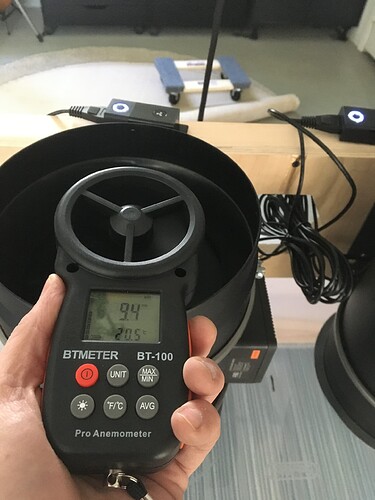 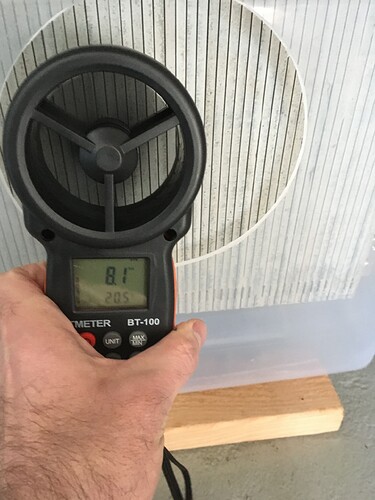 An additional flange was needed to secure the blast gate to the bottom opening. 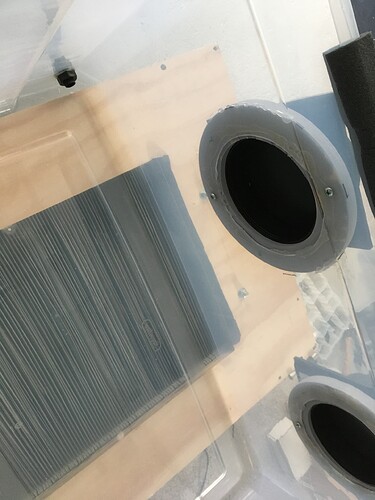 The entire structure could now be assembled, placed on wheels, and rolled into the garage! 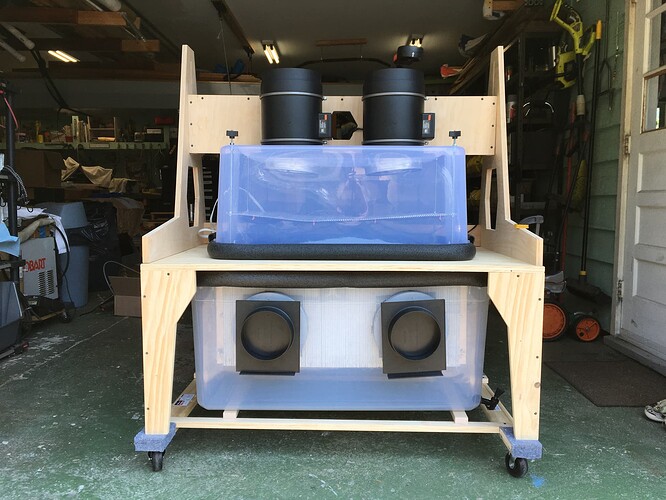 With the structure mostly in place, the remaining work involved plumbing the upper container for water, and adding electronics to track CO2 and humidity levels. For water, the team selected common drip- or micro-irrigation fittings with 6mm/.25" tubing. The could be passed into the chamber with a press quick connect bulkhead fitting, and connected on the outside to a common hose. 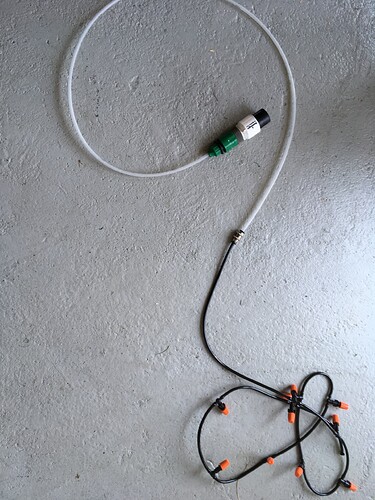 The sprayers were mounted underneath a perforated aluminum air diffuser intended to help air flow evenly from the two fans to the filter opening. This was mounted on four threaded rods set in the corners of the upper container. 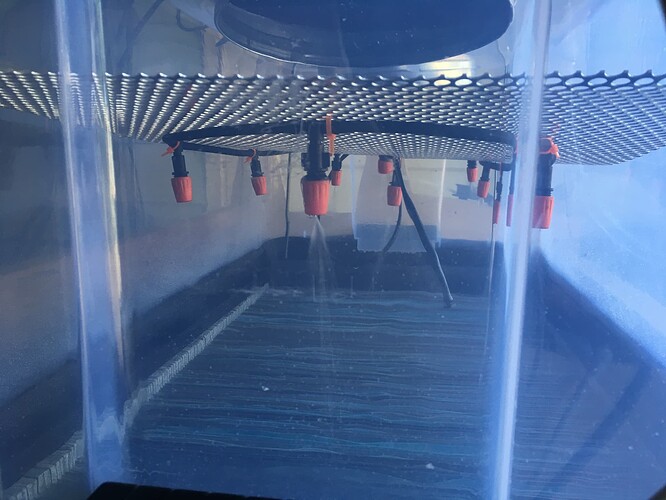 Interior electronics were connected via a 4-conductor I2C passing through a molex cable gland. The electronics would be mounted above the diffuser and spray heads with a plastic shield between them and the water, in the hopes that would keep them sufficiently dry. An additional sensor outside the chamber would also measure CO2 with a pump forcing sample gas through several filters to remove moisture. 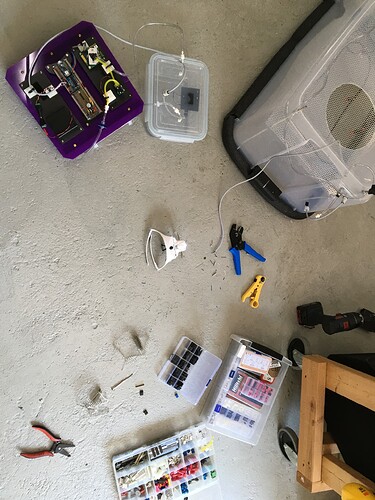 Luer locks and 1/4 press fit bulk head connectors made it easy to connect the external electronics to either the Violet unit or the Sorbent Tester (detailed in this thread). 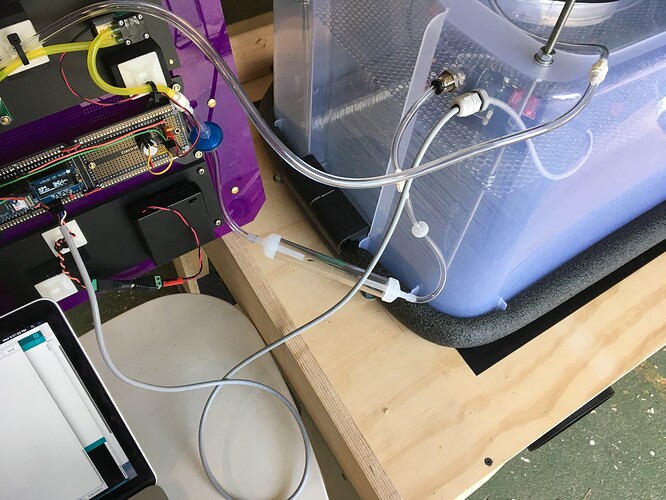 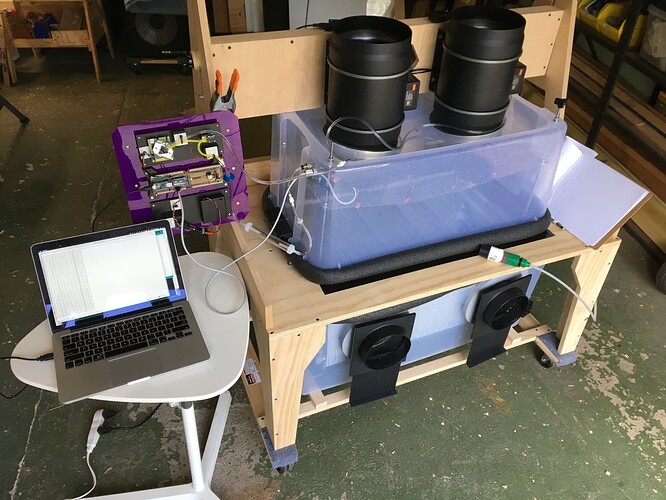 Soon the unit would be ready for a “wet” test, where the filter would be sprayed down and the chamber checked for elevated levels of CO2.

An annotated picture of Violet 1.0: 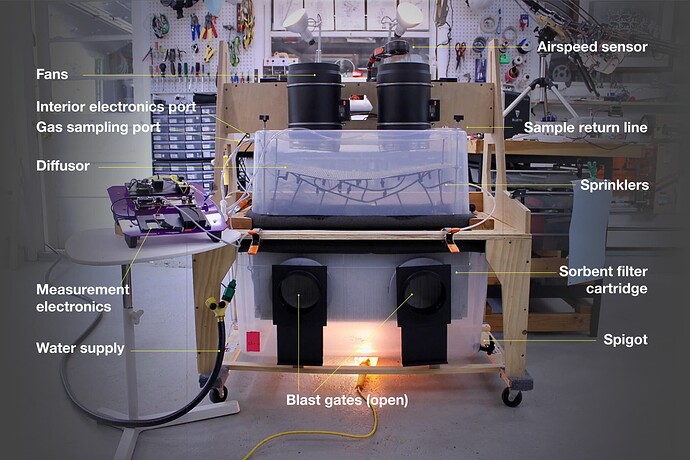