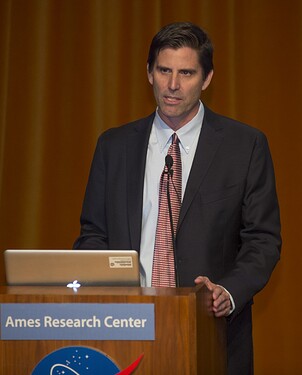 In any case, since Dr. Jacobson has a frequent role as media’s designated CDR skeptic, we should take a closer look at his arguments. We have no interest in questioning his credentials, his sincerity, or indeed his dedication to reversing climate change; on 90% of climate-related issues, we are probably on the same side. But we think his critiques of CDR are largely misguided and misleading.

Dr. Jacobson describes any attempt to remove carbon dioxide from the atmosphere as a waste of resources that could be better spent on building out renewable energy infrastructure. We see this as a false dilemma. OpenAir is 100% in support of moving away from fossil fuels and towards renewables as quickly as possible, but that doesn’t preclude the need to clean up the gigatons of carbon dioxide we’ve already emitted (and will continue to emit as long as the fossil-to-renewable changeover takes).

In this 2019 paper, Dr. Jacobson writes that “[Carbon removal technologies] are opportunity costs [and] always increase total social costs relative to using renewables to eliminate fossil fuel and bio-energy power generation directly.” This argument presumes that the costs of carbon removal are immutable, when in fact, investment in carbon-removal technology now will result in significantly lowered costs over the next several decades (when we’ll really need it!) With a relatively small amount of money now, we can put ourselves in a much stronger position by mid-century. Accordingly, OpenAir’s New York state CDRLA bill, which proposes spending a maximum of $100 million on carbon removal over five years, piggybacks on a larger law, the New York Climate Leadership and Community Protection Act, which puts around $15 billion into shifting the state towards renewable energy.

We think those proportions are reasonable and won’t deplete the decarbonization effort while still providing crucial funding to carbon removal. That funding will pay off as carbon removal becomes more efficient. Renewable energy itself provides a useful example, as the cost of solar power has dropped by 80% in the past decade. This was a result of government and private investment, technological innovation, and work to find stopgap markets. The same processes can help us significantly lower the cost of CDR.

Speaking of stopgap markets, Dr. Jacobson misses their usefulness in the same paper, as he critiques proposed uses for captured carbon:

If CO2 is sealed underground without leaks, little added emissions occur. If the captured CO2 is used to enhance oil recovery, its current major application, more oil is extracted and burned, increasing combustion CO2, some leaked CO2, and air pollution. If the captured CO2 is used to create carbon-based fuel to replace gasoline and diesel, energy is still required to produce the fuel, the fuel is still burned in vehicles (creating pollution), and little CO2 is captured to produce the fuel with. A third proposal is to use the CO2 to produce carbonated drinks. However, along with the issues previously listed, most CO2 in carbonated drinks is released to the air during consumption. In addition, the quantity of CO2 needed for carbonated drinks is small compared with the CO2 released by fossil fuels globally.

We can definitely agree with Dr. Jacobson that enhanced oil recovery (fossil fuel companies using captured carbon to dig up more fossil fuels and emit more carbon) is bad news. But the point of these stopgap uses is to give carbon removal technology some runway to develop.

For a point of comparison, decades ago starting in the 1970s, among the early buyers for solar power ranged from major fossil fuel companies to off-grid illegal marijuana farmers..

At the time, solar was too expensive to replace other forms of energy in most contexts. But it was useful if you wanted to, say, avoid detection while growing large amounts of marijuana. Those sales were part of what allowed solar to gain a little bit of scale, acceptance and cost reduction. This early phase helped unlock more mainstream (and less sketchy) markets for solar, most notably residential rooftop installations, which, with the help of targeted support policies, allowed solar to really start scaling. Now solar power is the cheapest form of energy in history., and about 25 years ahead of even the most optimistic projections 15 years ago (as Dr. Jacobson would no doubt be quick to point out!)

To bring the comparison back to DAC, no one is suggesting that the carbonated drink market will be the be-all-end-all of carbon tech, any more than the purpose of solar tech was to help grow marijuana. As Dr. Jacobson notes, captured carbon put in soda will get burped right back into the air. But money from carbonated drink companies can keep DAC startups afloat as they work to streamline their processes and lower their costs.

On another note, Dr. Jacobson’s list of uses for carbon leaves out one really big one: concrete manufacturing. Three tons of concrete per person on Earth are produced every year. This concrete production is responsible for 8% of global carbon emissions. But it doesn’t have to be! Many small companies are developing concrete that actively sequesters carbon (and OpenAir’s LECCLA bill would incentivize New York-based developers to use it). You can read more about that technology here.

There’s some debate in the climate community about whether 80% fossil-fuel reduction by 2050 or 100% by 2050 is a better goal. Dr. Jacobson’s objections to CDR seem to come from a single-minded dedication to the latter. But many other climate scientists argue that the goal is unrealistic and that Dr. Jacobson specifically is too optimistic about how quickly we can switch over. In fact, this debate got ugly; when a group of other climate scientists published a critique of Dr. Jacobson’s work on this subject, he sued them for $10 million, then quickly retracted it. The disputed critique argued that Dr. Jacobson’s modeling assumed significant advances in renewable infrastructure and technology that already exists (including a fifteen-fold increase in hydroelectric output) as well as development of new alternative energy technologies that don’t yet exist (such as electric passenger jets). To that we have to say, if renewable energy tech can advance (and it obviously can), why does Dr. Jacobson assume that carbon removal tech can’t?

And on the subject of where we’ll need to be by mid-century, one of the big arguments for CDR is the fact that even if we ended all fossil fuel emissions tomorrow, it would still take thousands of years for carbon concentrations in the atmosphere to return to pre-industrial levels. (The goal of current CDR efforts is to start building towards the scale we’ll need to lower those concentrations as soon as possible.) The necessity of CDR tomorrow if not today seems like something that Dr. Jacobson would agree on, but even there, he objects that:

[O]nce all fossil fuels are replaced with renewables… [i]f renewables are then used to power [carbon removal] they can reduce CO2 without incurring an air pollution cost. However, the question at that point is whether growing more trees, reducing biomass burning, or reducing halogen, nitrous oxide, and non-energy methane emissions is a more cost-effective method of limiting global warming.

This is, again, a false choice. Growing more trees is hugely important, but reforestation itself has many downsides, not least that we simply don’t have enough space–we would have to reforest every square foot of Europe to remove half of the carbon emitted since 1960. We should grow trees and pursue other avenues towards carbon removal.

As far as reducing biomass burning, one startup we’ve hosted on This Is CDR, Charm Industrial, does just that: they turn agricultural waste, usually burned at the end of the growing season, into a fluid that can be injected into disused oil wells, where it solidifies within two years. A small amount of funding could make a massive difference for companies like Charm, but theirs is precisely the kind of innovation that Dr. Jacobson argues against as a distraction from the goal of moving to 100% renewables.

Finally, we can return to the Time article for one last objection to Dr. Jacobson’s claims. Of CDR startups, Dr. Jacobson told Time that “[t]hey’re not atmospheric scientists trying to do this. They’re just people trying to make money, and they’re giving you nonsense.” We think that’s a pretty bad-faith take, and not really fair to the many atmospheric scientists who are trying to do this, a number of whom we’ve hosted on This Is CDR. Beyond that, we’ll just note that 1) the current largest CDR project in the world, the Orca plant in Iceland, was largely funded by thousands of individuals through a voluntary subscription program; 2) OpenAir itself is an entirely volunteer organization of scientists, lawyers, and concerned citizens; and 3) there are easier ways to make money than founding a CDR startup. (You could, for example, become a fossil fuel executive.)

To sum up: we share many goals and hopes with Mark Jacobson, but we disagree in part about how to reach them. And we agree with the broad consensus of climate scientists that carbon removal will be a necessary part of fighting climate change.

Aside: One of Dr. Jacobson’s primary areas of study is the effect of “black carbon” or soot on climate change. https://agupubs.onlinelibrary.wiley.com/doi/10.1029/2018JD030201 is a paper that actually demonstrates black carbon is declining rapidly in the atmosphere despite that temperature is rising. This suggests that black carbon is not a major cause of temperature change.