What about water vapor?

Water vapor is indeed a greenhouse gas and contributes to global warming. However, the story is (a bit) more complicated than the case of CO2 and methane. Here is why.

A positive feedback loop is a self-reenforcing cycle. Here are a couple of examples:

If we reduce warming due to CO2, methane and others greenhouse gases, the temperatures will go down and less water will be present in the air reducing the temperatures even further. The same feedback loop applies on the way down as applied on the way up.

Unless we want to cover all open sources of water (e.g. oceans) there is no way to control the amount of water vapor in the air. If we were to remove some of it, new one would simply enter the atmosphere from oceans, lakes, rivers, etc. until the equilibrium for the given temperature is reestablished. 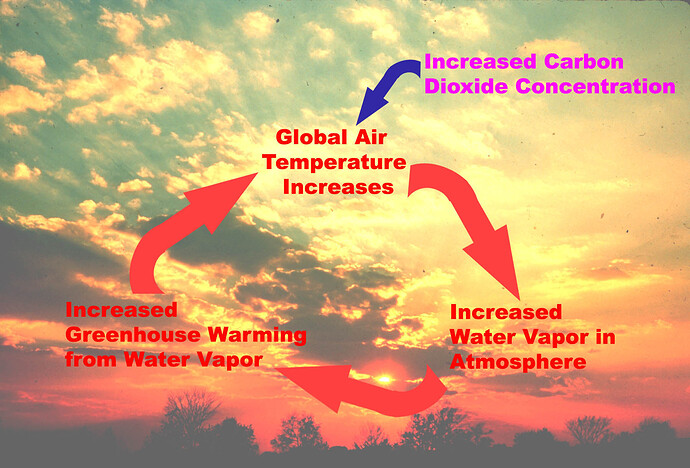