Maybe, but that is a reason to craft proper policy, not to dismiss CDR.

Moral hazard is an economic concept that basically says that people will do stupid stuff, if you shield them from the consequences of that stupid stuff.

The moral hazard argument pops up often in discussions of CDR. The basic fear is that if we have the ability to remove CO2 from the atmosphere, it disincentives us from doing the right thing, specifically to dramatically decarbonize.

The answer to that is not to reject CDR, but to use laws and regulations to enforce responsible use of carbon dioxide removal and strongly disincentivize irresponsible use.

The fact: we need CDR

Experts agree and the most recent IPCC report makes it crystal clear, that we need CDR at the gigaton scale by mid-century. The question, therefore, is no longer “should we do it?” but “how can we best do it?” The answer to this question is not just about the technology of CO2 removal, but importantly about implementation, laws and regulations, and how to do it so CDR is done in a fair and just way.

What we need to do is prevent bad behavior and reward good behavior. This can be done, as the car insurance industry shows.

The answer is simple: careless or reckless drivers are penalized for causing accidents by paying increased rates. The more often they cause accidents or damage, the higher the premium gets. This addresses the moral hazard issue. 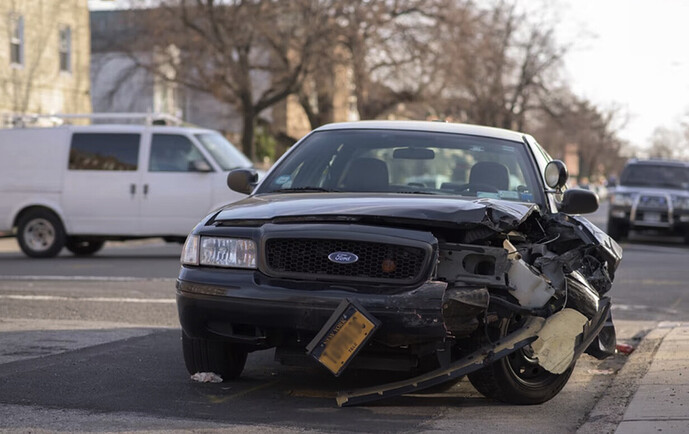 How to structure these penalties to address the CDR moral hazard issue is a question that will likely see a lot of debate over time. There might not be one perfect solution, and we might only find a good one after some false starts. But the fact that some people can abuse a good solution is no argument against that solution. It’s an argument for finding ways to prevent abuse.

Opponents of CDR often point out the moral hazard problem associated with CDR and then claim that we don’t need CDR and should rather rely on trees.

This argument wraps two mistakes into one statement.

First of all, planting trees is a form of CDR. CDR simply means carbon dioxide removal; the concept doesn’t specify how the removal is done. At OpenAir, we are very much in favor of planting trees, just not as the only solution. We support the development of all methods that promise to remove significant amounts of CO2 from the air.

Secondly, and it follows from the first mistake, planting trees, as a form of CDR, is subject to the same moral hazard as any other form of CDR, including nature-based ones. Whether we use trees or machines to remove carbon is irrelevant–the argument “we can just remove it later” is equally valid or invalid in all cases.

In fact, the moral hazard might even be greater with nature-based solutions because of the broad appeal of the idea of planting trees. Trees are perceived as good, which makes it easier for (fossil fuel and other polluting) companies to argue that planting them more than offsets the negative consequences of continued fossil fuel use.

This brings us back to the central point that bears repeating: moral hazard is not a problem of technology, but one of policy and possibly ideology. The challenge is to implement CDR in a responsible way that does not reward fossil fuel use.

The challenge is also to reframe the question. Instead of asking “How does CDR prolong our fossil fuel dependency?” the question we need to answer is: How can CDR be used to support and accelerate the managed phase-out of fossil fuels?

Looking forward and back

Moral hazard is a concept that applies to the future, namely the idea that if we give them (the fossil fuel industry, climate change deniers, etc) a remedy, they will continue to pollute. We addressed this concern above.

There is, however, another lens we have to use: that of the past.

We have already emitted gigatons of CO2 into the atmosphere that is causing damage now and will continue to cause damage for hundreds of years to come - unless we remove it. No moral hazard applies to that CO2, removing it does not mean we have a free pass to create new emissions. In fact, in the “zero new emissions” world that CDR opponents envision, all the CO2 we remove would be gone for good from the atmosphere.

Cumulative CO2 from fossil fuel combustion worldwide from 1750 to 2020, by major country
(in billion metric tons) 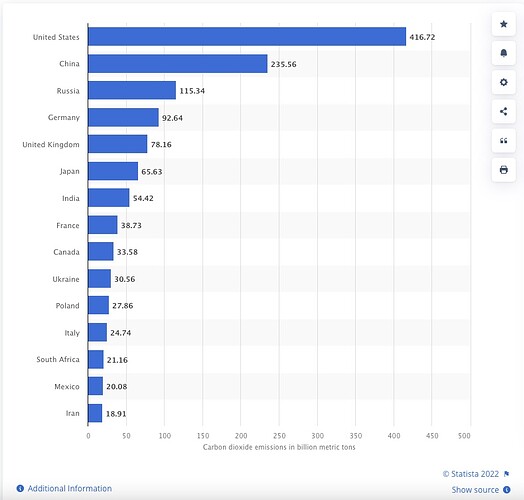 There is no moral hazard in cleaning up the mess we made, it is simply our moral obligation.

These quotes from professor Olúfẹ́mi Táíwò are interesting and though-provoking when thinking about moral hazard and how much to allow its existence to influence our actions.

A deeper dive into moral hazard

This section goes into more detail about moral hazard for those who want to understand the details and especially the differentiation between the moral hazard associated with CCS and CDR better.

First, it is critical to differentiate between two approaches to capturing carbon dioxide: CCS - carbon capture and sequestration from smokestacks and CDR - carbon dioxide removal from the air. While opponents of technical solutions and climate change deniers often conflate these approaches they are different and cannot be treated as the same. To read more about the difference between CCS and CDR, check out our backgrounder on the topic.

Carbon capture and storage (CCS) is the process of capturing CO2 before it is released into the atmosphere, e.g. from the smokestacks of power plants that burn fossil fuels or from industrial processes.

Carbon dioxide removal (CDR) removes CO2 that is in the ambient air using a variety of methods, e.g. tree planting, direct air capture, and enhanced weathering. These approaches are not directly tied to a source of pollution like a coal power plant.

Here is why this differentiation matters

Experts agree that to avoid catastrophic climate change we need to aggressively decarbonize globally. This involves the quick, managed phase-out of fossil fuels and a switch to renewables.

CDR which removes CO2 from the air is not at odds with decarbonization, it is synergistic and both work together to achieve the same goal of lowering the CO2 concentration in the air by polluting less (none) and removing legacy emissions.

However, there is indeed a significant risk that CCS locks us deeper into fossil fuel-based energy and prolongs our dependence on fossil fuels - and here is how:

Fossil-fuel-based energy systems are deeply entrenched in modern life on many levels. Our energy infrastructure (power plants, pipelines, etc.), our governance, institutions, and decision-making, as well as our behavior and norms are geared towards and shaped by more than a century of fossil fuel use. It is difficult under the best of circumstances to overcome a lock-in as entrenched as fossil fuel use.

Fossil fuel lock-in is made worse by the fact that carbon-intensive infrastructure, such as coal-fired power plants, are costly to build but inexpensive to operate during their long life.

CCS does not support the managed phase-out of fossil fuels but will make the situation worse, by locking us even deeper into coal, oil and gas burning. CCS systems are mostly retrofitted to fossil fuel burning power plants making them look “greener” and providing an excuse to keep using them rather than switching to renewables. The matter of the fact, though, is that you need a smokestack to remove CO2 emissions from a smokestack. The idea of decarbonization is to not have smokestacks anymore.

There are limited circumstances under which CCS could serve a purpose for a short time, e.g. using it to bridge the time until even the most hard-to-abate emissions can be avoided altogether. This is a strictly time-limited pragmatic approach: for as long as we need fossil fuels to power critical infrastructure and production, we might as well do so with as little new CO2 added to the atmosphere as possible.

How CDR is different

Carbon dioxide removal technologies are different. They are not physically linked to CO2 emitters. You can have a CDR machine anywhere to remove CO2 from the atmosphere - you don’t need a smokestack and with that a source of pollution for it to work. CDR is decoupled from and not locking us deeper into fossil fuel use. Therefore CDR can offset CO2 emissions from fossil fuels without reinforcing the lock-in to them.

This becomes even more obvious if we look at CDR as a way to remove legacy emissions rather than off-setting new emissions.

In economic terms, CDR is “associated more with the risk of undue substitution—allowing unjustly the continued fossil emissions by carbon offsetting.”

The author makes another interesting point: the concern over CDR deterring decarbonization might have its roots in the fact that initially CDR was often grouped together with solar geoengineering or solar radiation management (SRM, a set of geoengineering strategies intended to minimize global warming by reflecting the sun’s energy away from the earth). These speculative approaches cannot replace mitigation since they don’t address CO2 emissions. They are, however, rather cheap and could potentially address the symptom of global warming without addressing the root cause, namely CO2 emissions.

CDR, however, is different from these approaches as it actually tackles the CO2 problem.

I"ll leave you with a quote:

“[…] what is the “appropriate” use of CDR is inherently a political question. This is actually not so much about technology itself. Rather it is more about how political interests of fossil fuel industry tamper with the use of CDR methods.”
Source