Backgrounder: CCS - an overview and some difficult questions

In this chapter, we discuss the fundamental differences between carbon dioxide removal (CDR) and carbon capture and storage (CCS) and throw out a couple of difficult questions for you to ponder.

CDR and CCS sound very similar - which is unfortunate. While they both have to do with carbon dioxide mitigation, they have some fundamental differences that matter.

Carbon capture and storage (CCS) is the process of capturing CO2 before it is released into the atmosphere, e,g, from the smokestacks of power plants that burn fossil fuels or from industrial processes.

Carbon Dioxide removal (CDR) means removing CO2 from the air and therefore is independent from having an emitting source like a smokestack. Since the CO2 concentration in the air is pretty much the same everywhere, CDR can be located anywhere.

Why this difference matters

CDR opponents claim that CDR will lock us deeper into fossil fuel use because it gives polluters the option to greenwash their activities (“Don’t worry, we’ll remove it later”). These critics see any form of CO2 removal as prolonging an unjust system where large fossil fuel companies burden people, specifically vulnerable populations with continued fossil fuel use. (Burning fossil fuels also emits other hazardous stuff, such as fine particulate matter.) They often make that claim about CCS and then just throw CDR into the argument as if it was just another form of CCS, which it is not.

Fossil-fuel-based energy systems are deeply entrenched in modern life on many levels. Our energy infrastructure (power plants, pipelines, etc.), our governance, institutions and decision-making, as well as our behavior and norms, are geared towards and shaped by more than a century of fossil fuel use.

There is indeed a significant risk that CCS will lock us deeper into fossil-fuel-based energy and prolong our dependence on fossil fuels.

CCS is deployed at the source of emission. The very premise of CCS depends on new emissions being created. CCS systems are mostly retrofitted to fossil-fuel-burning power plants, making them look “greener” and providing an excuse to keep using them rather than switching to renewables.

In addition, installing CCS systems adds extra costs to facilities–costs that companies are only willing to incur if they can recoup them (with a profit). That means a long-term commitment to fossil fuel use.

And there is one more argument against CCS: CCS projects have a long history of failing to deliver the promised CO2 capture.

In sum, CCS comes with the serious risk of locking us even deeper into coal, oil and gas burning.

Carbon dioxide removal (CDR) (which includes direct air capture, enhanced weathering and other approaches, see here) removes CO2 that is in the ambient air. These approaches are not directly tied to a source of pollution like a coal power plant.

CDR: cleaning up the mess

Carbon dioxide removal technologies are different. They are not physically linked to CO2 emitters. You can have a CDR machine anywhere to remove CO2 from the atmosphere without needing a source of new emissions.

CDR is decoupled from fossil fuel use and does not lock us deeper into its use.

CDR critics often equate CDR with DAC (granted, the name “direct air capture” makes this easy, and DAC has been in the news more than most/all other CDR approaches). They then position DAC as just another CCS-like technology solution that benefits the fossil fuel industry.
Opponents then argue that tree planting is the only acceptable form of CO2 removal and that all other forms of CDR are bad technology-based solutions.

As CDR proponents, we come at it from a different angle. We look at the source of the CO2 as the important factor, not whether the CO2 is being removed with more or less - or no - technology.

This approach puts CCS in a class of its own: it’s the only approach that absolutely needs new emissions to work (well, okay, not quite, technically speaking BECCS also generates new emissions, but from plant matter that first captured CO2 from the air). It also puts DAC and tree-planting in the same corner because they serve the same end goal: removal of existing CO2 from the atmosphere.

As discussed below CDR still comes with a moral hazard risk that needs to be addressed.

Is there a moral hazard with CDR?

The moral hazard problem associated with CDR–namely the risk of delaying decarbonization with the argument that we can just remove the emitted CO2 from the air later and therefore don’t need to change our behavior–does exist. This risk exists for any approach that removes CO2 from the atmosphere, including nature-based approaches. Whether we use trees or DAC sorbents to remove carbon is irrelevant; the argument “we can just remove it later” is equally valid or invalid in all cases.

In fact, the moral hazard might even be bigger with nature-based solutions because of the broad appeal of planting trees. Trees are perceived as good, which makes it easier for fossil fuel companies to use tree planting programs to greenwash their continued polluting. 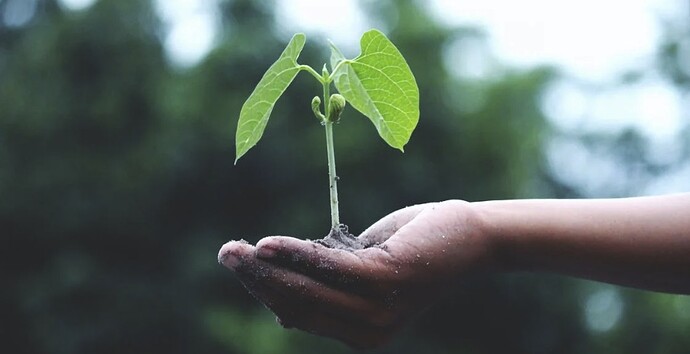 In defense of CCS?

So is CCS all evil and cannot ever play a role in our climate restoration efforts? The answer to this question depends very much on whom you ask and can range from “CCS is an evil ploy by the fossil fuel industry” to “it’s critically important”.

The reality probably lies somewhere in between. While CCS comes with the huge moral hazard we discussed above and in an ideal world would not be necessary under any circumstances, the world is hardly ideal.

For example: a hasty, unmanaged pull-out of all fossil fuels would cause economic havoc and hit those with the least resources the hardest. So, while we need to decarbonize as quickly as we possibly can, we will need fossil fuels for some time to come to manage everyday life in the short-term and power industries with hard-to-abate emissions for even longer.

Given that, is it better to capture the emitted carbon dioxide or not? One can argue that not capturing it increases the urgency of decarbonization and therefore speeds it up. The past doesn’t exactly show that this approach has been particularly successful.

One can, however, argue that it is better to avoid releasing more CO2 into the atmosphere using CCS, while still driving decarbonization at full speed. The latter part, of course, is a bit of a leap of faith and the past is full of stories of delayed decarbonization caused by the fossil fuel industry and their successful lobbying.

Moral hazard is not a problem of technology but one of policy and possibly ideology. The challenge is to implement CDR in a responsible way that does not reward fossil fuel use.

The challenge is also to reframe the question. Instead of asking “How does CDR prolong our fossil fuel dependency?” the question we need to answer is: “How can we use CDR to support and accelerate the managed phase-out of fossil fuels?”

The role of the fossil fuel industry?

Here it goes: we will need CDR at a huge scale by midcentury which requires an extremely fast scale-up. While innovative start-ups are coming up with more and more promising approaches, they have no experience planning and building that infrastructure. The one industry that has the required experience is the fossil fuel industry, or maybe a bit more broadly, companies in the energy sector. From designing plants to building them on- and off-shore, from laying a system of pipelines to managing the permitting process and maintaining those plants all over the world, they know how to do it, they have the experts and experience.

The question is: can we achieve our extremely ambitious CDR goals without that expertise?